Why Does Technology Have a Great Impact on Trade Services?

Ever since technology began to evolve, it has made its way into every industry in the world. Not only did technology become an integral part of these industries, but it also started shaping them, bringing numerous benefits.

When it comes to the world of trading, technology has made a huge impact on various aspects of this particular industry.

In the trading industry, there are numerous factors that affect the flow of trading. These include – but are not limited to – various policies, changes in customer demand, variations in the cost of labor, and other similar factors.

That being said, however, it may not be obvious at first glance how technology affects the world of trading and the impact it has on various trading services. So, with that in mind, let’s explore the topic further.

Downtime is one of the most common issues in the world of trading. This most often refers to any time wasted on customs processing or delays in shipments and payments.

Luckily, with the help of modern technologies, some of these most common issues can easily be mitigated.

For instance, when it comes to connecting buyers with sellers, modern tech easily bridges this gap, enabling one to more easily get in contact with the other. What this means is that consumers can nowadays more easily not only find but get in contact with suppliers, thus making the entire process of procuring either goods or services far more seamless.

Due to the fact that it’s no longer necessary to physically visit the location in order to procure either goods or services one may be interested in, trading with such goods and services became far more globally accessible.

What this means is that large establishments can now more easily reach a global audience, expanding their services to virtually all areas of the world.

However, they are not the only ones that would potentially benefit from such expansion, as even small businesses and startups nowadays have the opportunity to do the same.

Additionally, when it comes to securities trading, traders are no longer tied to physical stock market workhours.

Thanks to online trading options, as well as various high-quality and easily accessible trade execution services, modern-day traders can easily trade various assets and commodities, regardless of their location or the time of day.

Moreover, when it comes to logistics, organizing and tracking various shipments has also become easier than ever. Thanks to modern technological solutions, such as AI (artificial intelligence) and IoT (internet of things), planning routes, assessing road and weather conditions, organizing pickup and transport (among other things) have become seamless.

The loading and unloading of goods have also become far more streamlined, with the help of technologies such as automated cranes and guided vehicles.

Payment processing methods, automated document processing, and virtual signatures are just some of the additional aspects that bring a significant dose of optimization and commodity to the entire process.

Not only do such services offer a more optimized approach to trading – in general – but they also leave significantly less room for error.

Another crucial aspect of the trading industry – as a whole – is the production process.

Without optimal production, trading of various goods would simply not be possible. What’s more, the cost of acquiring goods and opening production centers also has a huge effect on the const of the final product.

Luckily, with the help of automation and AI, those costs can nowadays be significantly reduced.

The adoption of automation and AI in manufacturing led to a significant cut in labor costs, which made it far easier to open up manufacturing centers that will be closer to the customers. This in turn positively affected material acquisition, access to resources and workforce, as well as the overall infrastructure quality.

That’s why some of the industry giants chose to move their production centers closer to the consumers. More and more large-scale companies are opening production centers on both the US and European continent, which significantly helps them to extend their reach.

Aside from manufacturing and trading goods, automation and AI also play a huge role in trading services. Not only does this positively affect the overall operations of various industries and companies alike, but it also significantly reduces labor costs.

Nowadays, the implementation of virtual agents and assistants is not something that appears to be straight out of sci-fi movies. Instead, it has become a new norm for numerous companies.

And while some people tend to view this as potentially detrimental for the overall job industry, the fact of the matter is that a similar trend only opens up new doors for various job opportunities.

Nowadays, people can easily commission an artist to not only draw or design a product but actually print out the prototype with the help of the 3D printer.

In some industries, being able to produce a prototype of a product in such a manner is far more affordable and convenient, which can in turn have significant positive effects on the later production process.

It’s important to understand that while modern technological changes may bring numerous benefits to certain industries, they can also significantly affect the operations of others.

What we mean to say, for instance, is that while renewable energy options that are being more and more popularized each day may be excellent news for certain industries, others – particularly the ones dealing in carbon-based fuels – may not find them as beneficial.

That being said, however, it’s important to also note the state of the world we currently live in. With growing pollution being the number one concern of numerous eco-conscious individuals, as well as organizations and companies, this shift in trade flows is not something many will frown upon – but rather welcome it instead.

While the previous example was just one instance of a direct effect of technology on a certain industry, there are also examples of far more indirect ones.

For instance, if we take a look at the current car industry, we may notice a slight shift in trends.

While energy efficiency and eco-friendliness weren’t previously put front and center, nowadays it seems like the entire world population is gearing more towards them. That’s why electric vehicles are becoming an increasingly popular option, with more and more consumers picking them as their preferred choice.

What this could mean for the fuel and auto parts industry is a significant reduction in demand. Since electric vehicles (engines in particular) have far fewer moving parts, the need for auto parts will potentially be significantly reduced. Needless to say, if the trend continues to live on, the standard fuel industry may also be faced with significant losses.

Naturally, all of these trends and changes will greatly affect the current trade flows. So, we can easily expect to see some of the currently biggest giants in various industries be replaced with different new industry pioneers.

With all that being said, it becomes clear that modern technology is and will continue to reshape the world of trading. The latest solutions and technological breakthroughs will only bring more convenience to both consumers and companies alike.

And while we are yet to see the full scope of changes modern tech will bring to the world of trading, the ones that are currently being deployed all around do promise a far brighter future.

← Prev: How Technology Can Help You With Your Sales Next: How to Overcome IT Challenges - Tips for Small Business Owners → 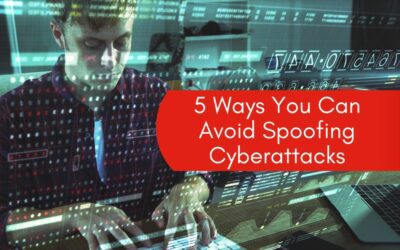 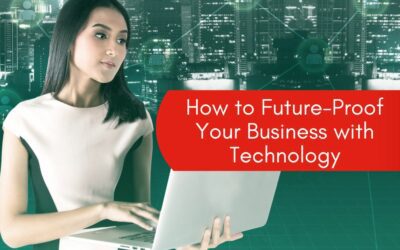 How to Future-Proof Your Business with Technology

The world is changing at a rapid pace. Over just the past 20 years, we’ve experienced innovations such as smartphones,...